It was great to see so many people at the AGM this afternoon - thanks to everyone that came!

Neil Fawcett offered some real insight into what we need to do if we are going to ‘Win Winchester’ in 2022 (if not before) based on the campaign that saw Layla Moran MP win in Oxford West and Abingdon. If we repeat the success of the OxWAb team then the Winchester constituency will have a Liberal MP after the next general election. 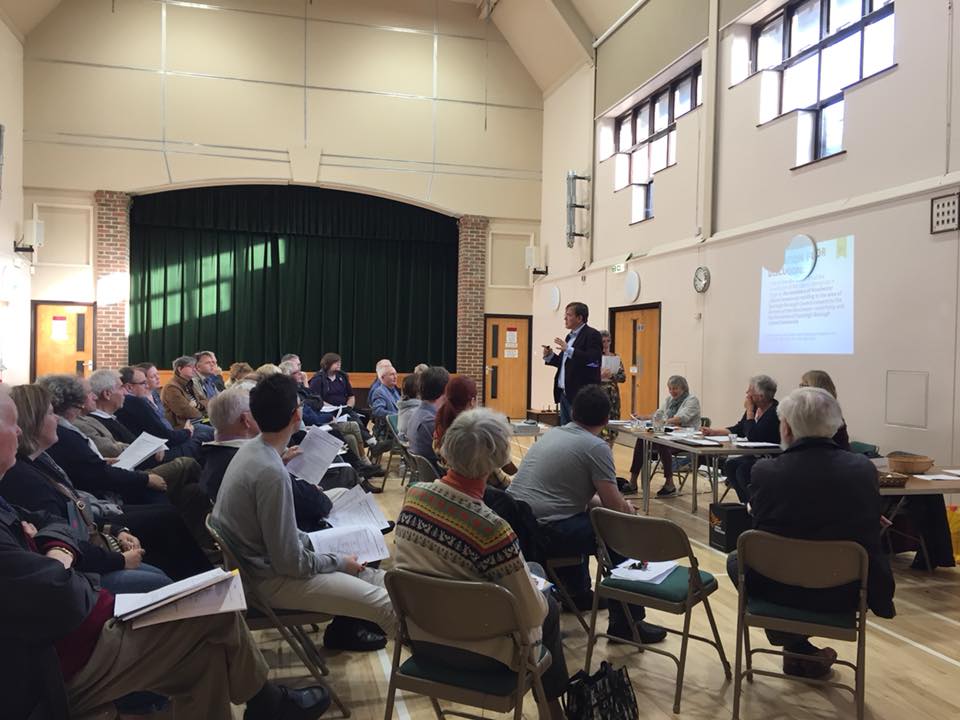 The new Winchester District Party was formed, along the boundaries of the Winchester City council (see a map of the district boundary). This means the old Winchester Constituency Party merges with a large part of the Meon Valley Lib Dems (but that Chandler's Ford will join the Eastleigh Borough Party). We determined to keep our friends in Chandlers Ford as close as possible, because  they remain an all important part of Winchester & Chandlers’ Ford Constituency as it is currently constructed.

Martin Tod was elected as our new Chairman (congratulations to Martin); and a number of first time candidates join the Executive bringing their enthusiasm and expertise.

Thank you to Charlotte Bailey for organising everything, to everyone who spoke or who gave reports and to anyone who helped set up, make tea, tidy up etc .