The Lib Dems in Winchester have announced the 3rd lowest Council Tax increase in Hampshire for 2020/21 (£4.17) while continuing to improve local services.

Lib Dem led Eastleigh was the lowest.  The Council Tax increase in Hampshire’s Lib Dem district councils is half that in Conservative ones.

This is despite the Lib Dems inheriting a £19 million hole in Winchester City Council’s finances from the Conservatives with no plan to close the gap.

At the same time, Hampshire’s Conservatives have pushed through a record Council Tax increase while planning to slash library services and failing to maintain our roads.

Despite the Conservatives' negative attacks, Lib Dem councils are keeping council tax down while improving services. Rather than playing politics, it would be better if they tried to do the same themselves. 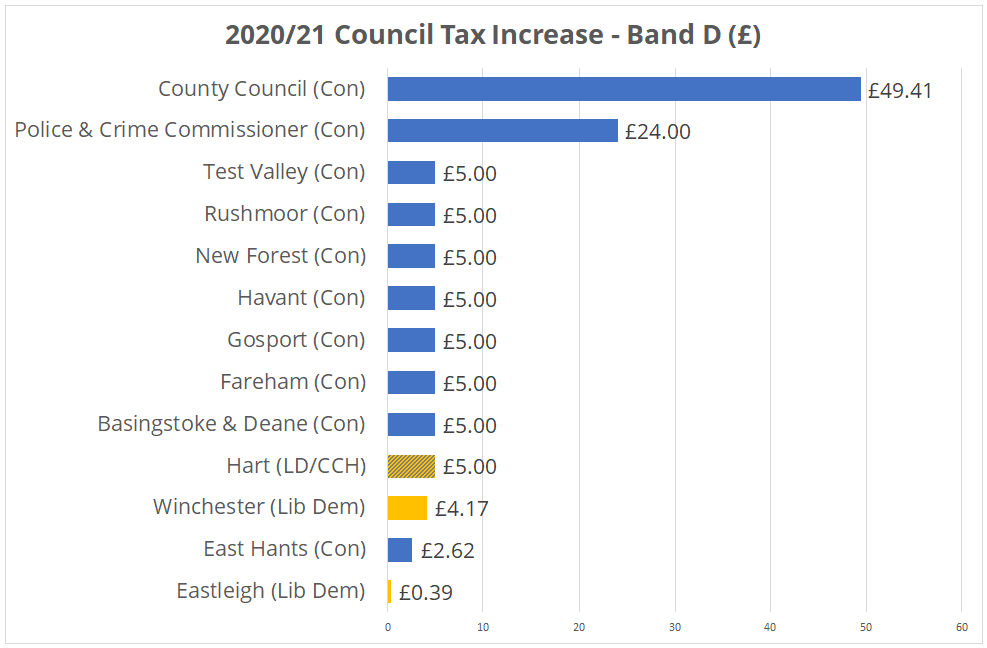