UK economic growth was revised downwards from an initial estimate of 0.3% to just 0.1%. Total production fell 0.5% in March 2017 compared with the month previously, while the UK trade deficit grew in the first three months of 2017 by £5.7 billion. In large part this was due to a 3.3% rise in import values as a result of the post-referendum collapse in the value of the £.

Exports to the EU however grew by 5.7% - but that is the sector most at risk post-Brexit. Vince Cable says, “The Conservative plan to drag us out of the Single Market and Customs Union is now even more reckless than ever.”

When Steve Brine still backed David Cameron in the referendum, he said "My view is that to leave the EU and then immediately set about trying to negotiate trade deals to opt back into those markets, applicable as those deals would be to certain industries only, is against the British national interest." So far he has still to explain how he was wrong.

As Vince Cable says, “The Liberal Democrats are the only party able form a strong opposition to Theresa May’s damaging approach to the Brexit deal.” 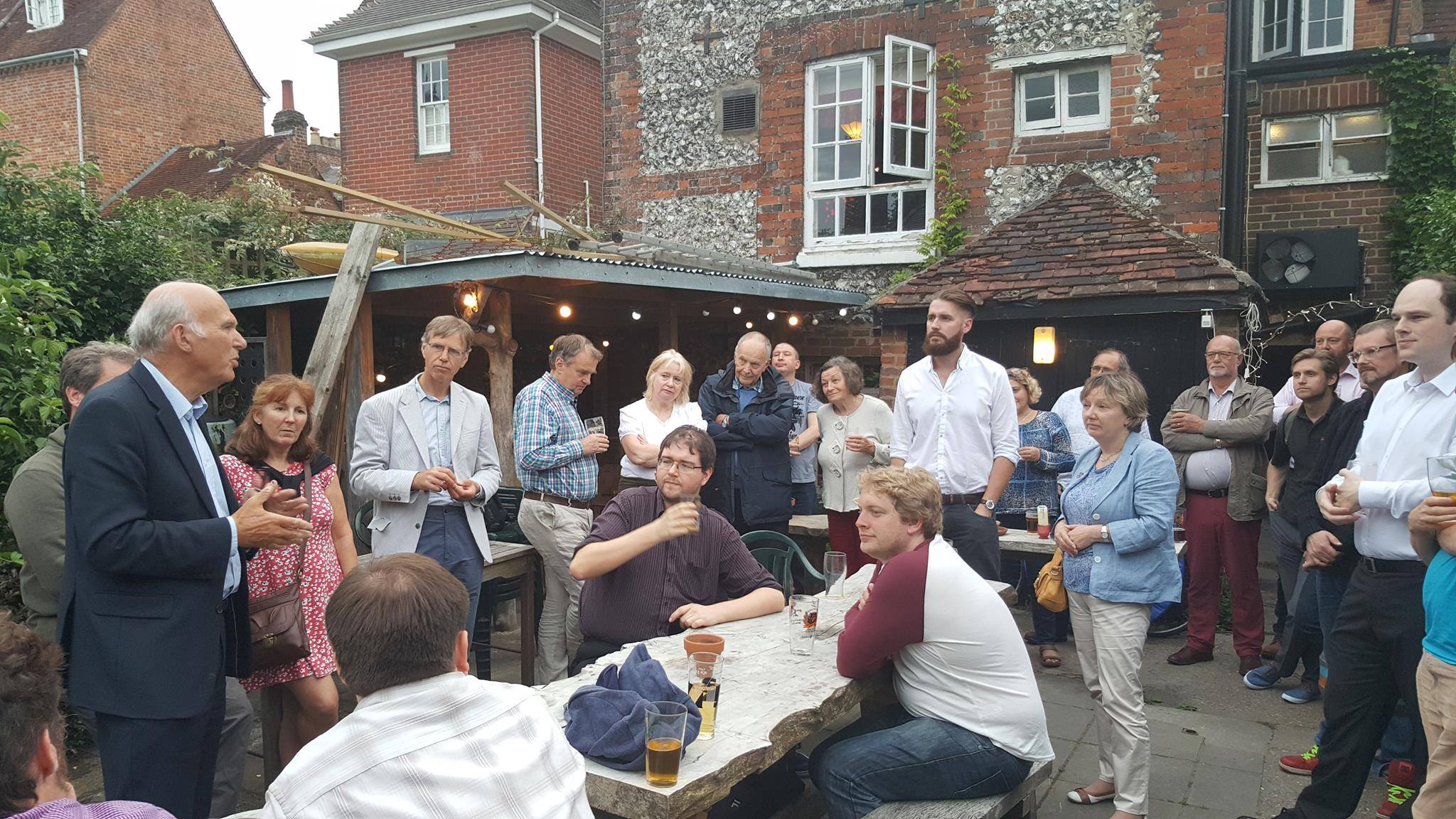