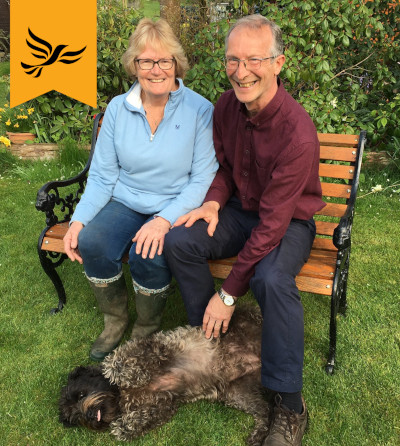 My undertaking to you

I believe in integrity, fairness and transparency – I will listen to various points of view; and will speak up and act for the residents of my ward, whilst being
mindful of fairness and the wider public interest. I will therefore work with the City Council to secure fair access to its services for the residents of our ward; and challenge its wasteful practises and those that unfairly favour other wards. I shall also keep campaigning for the Council to do more to create a healthier, cleaner environment - with safer streets and cleaner air.

My aim will be to ensure a City Council that listens to and better meets the needs of local people.

A record of action

Safer Roads and Pavements - Tony has campaigned rigorously for safer local roads and pavements for cars, motorbikes, cyclists and pedestrians:
● To improve sightlines at the dangerous Highbridge Road junction with Main Road and for a lower speed limit there.
● For drains and gullies to be cleared, vegetation cut back and the pavement surface and width to be restored between Colden Common and Hockley Link.
● For a number of local road and pavement potholes to be repaired.

Safer Streets Survey - Thank you for your responses

Your responses showed an overwhelming concern about additional traffic congestion and related pollution that may result from the Eastleigh Local Plan, to which Tony had already formally submitted a written objection. Tony therefore met Councillor Keith House, Leader of Eastleigh Borough Council to press home your concerns and discuss solutions.

The survey also shows: strong concerns about worsening potholes and the speed of traffic on several local roads; a desire for more frequent buses available for longer into the evening and for improvements to parking spaces at Twyford Surgery. Tony will continue to campaign for these to all be addressed. Nearly 40% of survey responses also sought safer cycle routes. Tony promotes a route from Colden Common and Twyford to Winchester and routes to access the South Downs National Park.

Handing over the baton

Retiring Cllr Richard Izard says: “I have known Tony and his wife Jane for a number of years. I can truly say that they have been very active members of our community, Jane, with the considerable support of Tony will be very well known in both villages for her involvement in the Scout and Guiding movements. In his own right, and I can speak from experience, Tony has taken issue with ward County and District Councillors on matters of concern relating to both villages such as volume of traffic, speeding, and public transport (or lack of it). As the retiring ward Councillor I have no hesitation in requesting your support for Tony at the Council elections on the 2nd May either on the day or in your postal votes”