City Advice Surgeries with your Councillors

Following on from promises made in their recent successful local election campaign, Winchester Liberal Democrats will be holding an advice surgery for local residents every Saturday morning in their office in Hyde Street in addition to regular surgeries held by Councillors around the District. 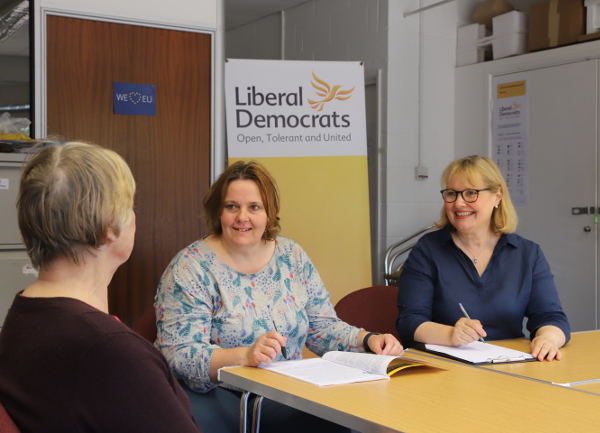 Lynda Murphy, the newly elected councillor for St Michael Ward says, “I’m delighted that this is really happening. I promised during my election campaign that I would listen to local people, and this is a great start.”

The office, based in Unit 9 of the City Business Centre in Hyde Street, Winchester, aims to be open to residents every Saturday morning between 10am and noon.

Lucille Thompson, councillor for St Paul Ward and leader of the Lib Dem group, was keen to point out that although it is the five city wards which are running these surgeries, anyone from the Winchester District area is welcome to come along. “I particularly want to reassure people who currently live in a ward without any Lib Dem councillors, that we still want them to come and talk to us if they have a problem.”

We will aim to have a city councillor and a county councillor present every week, but full details can be found here.