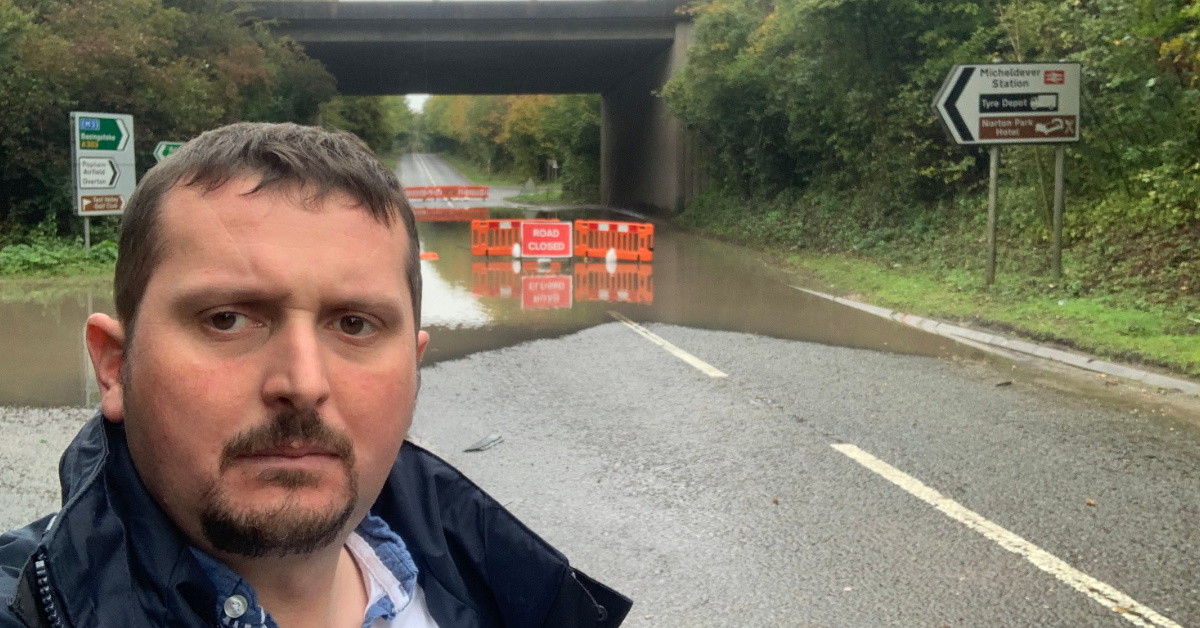 Thanks to Jackie Porter, our local Itchen Valley Liberal Democrat County Councillor, raising the issue again and again at Hampshire County Council, underpasses are now prioritised for regular drainage clearing. Yet flooding under trunk road bridges is still an issue in Headbourne Worthy and Micheldever Station.

Jackie Porter says, “The heavy bursts of rain are causing more floods than ever before: the County must get a grip on this problem.”

Local campaigners Steve Cramoysan and Andy Adams regularly report flooded roads in their areas. This isn’t straightforward as Steve found when he tried to report cars stranded in deep water under the A34 bridge on a Sunday.

“It is not an easy job, especially out of hours,” Steve says, “The road was dangerous, so I called the Police on 101. They directed me to HCC, who said 101 should have acted. This took over an hour. I also tried to report it on HCC's archaic system, but received no confirmation of action.”