When we first started campaigning for improved recycling services in Winchester last November, in the form of kerbside glass collections to bring us closer to the services provided by many local councils in Hampshire including Eastleigh, we never dreamed that we would be so successful as to collect over12,00 signatures on our petition, and gain a commitment from the Council to cost a 4 weekly collection.

Liberal Democrat campaigners were celebrating last night after Winchester City Council finally agreed to a four-weekly kerbside glass collection. This has been a long, long battle for the environmentally-friendly party as, back in 2011, Conservatives threw out the very same policy which the Lib Dems had been in the process of introducing when they held control of the city council.

The current campaign has been led by Lynda Murphy, Lib Dem candidate for St Michael ward. Lynda says “I am so glad that common sense has finally prevailed. We have been telling the Conservatives for years that it is very unfair to make our elderly and disabled residents carry heavy bags of bottles and jars to bottle banks if they can’t drive.”

Mrs Murphy presented her petition to a full council meeting last night (22nd February) and was thanked for her work in raising the issue of additional recycling services. She was told that in view of public support, “officers would prepare a specification and implementation plan for a four-weekly kerbside glass collection to be included in the Council’s environmental services contract”.

Mrs Murphy is spearheading the Lib Dem initiative for recycling in the city and will soon be taking on supermarkets in a war on plastic packaging. “Recycling is great for glass, but it’s not the answer to plastic waste. We all need to drastically cut back on the amount of plastic we use. The 5p levy on plastic bags was a fantastic Lib Dem initiative which has massively helped the environment, but we can do much more, and I intend for Winchester to lead the way.”

Sadly, Conservative councillors later that evening declined to use the opportunity of funding the purchase of collection boxes using a part of the year's budget underspend - their empty words of welcome for this plan didn't even last the night. The Lib Dem message is clear though - #dontbottleit this time. 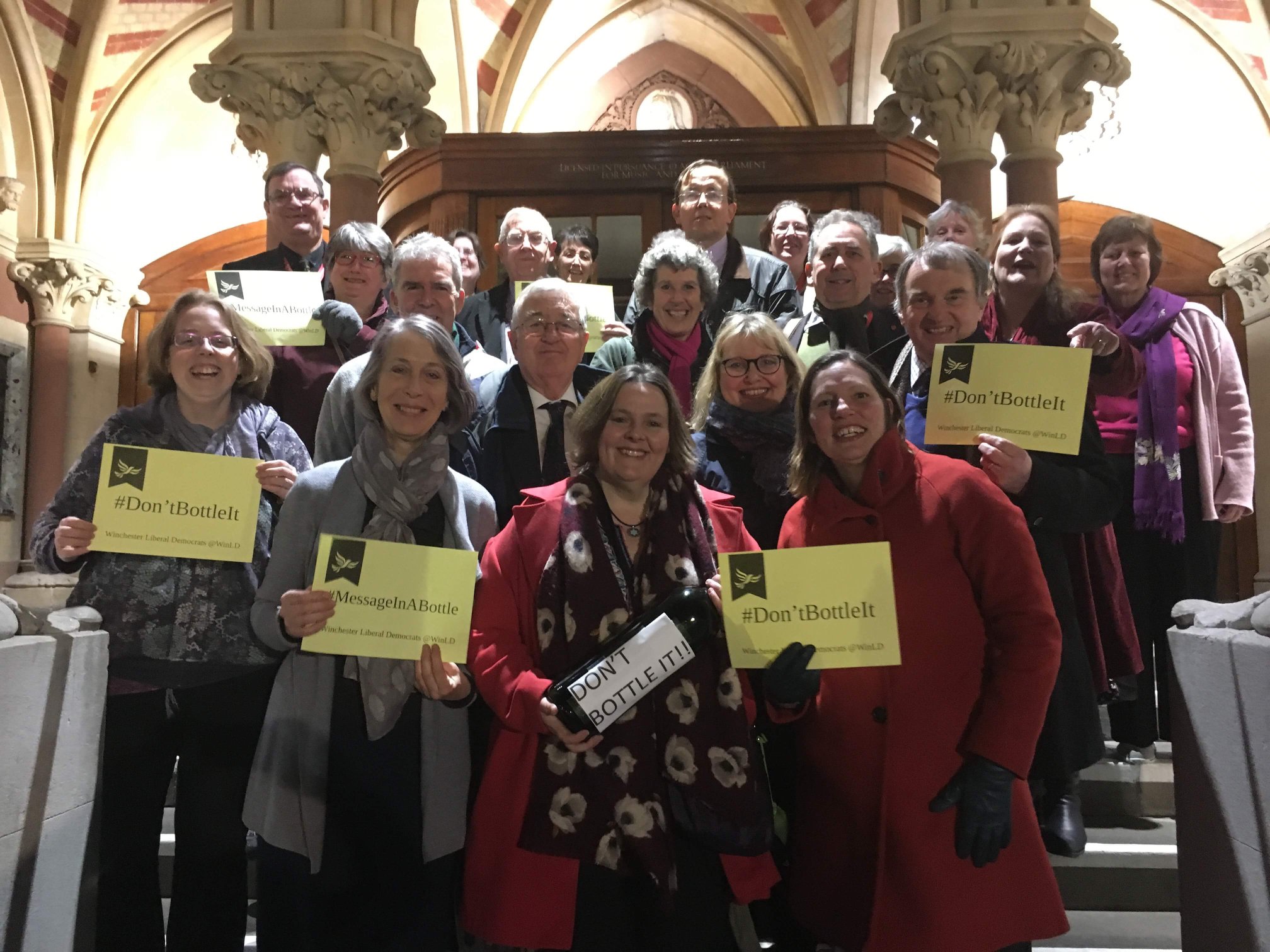