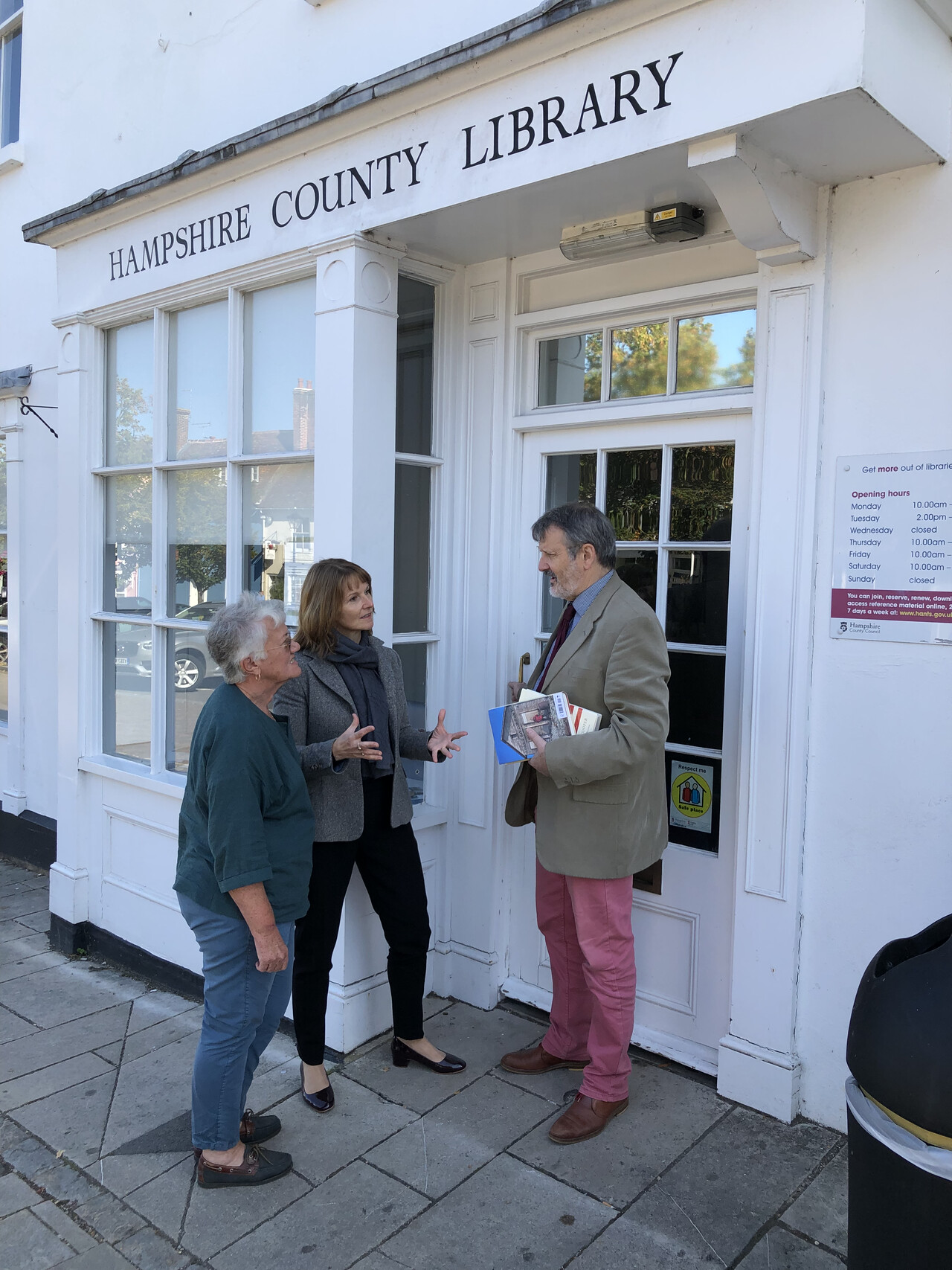 Swingeing cuts to local library budgets will lead to reduced opening hours and/or library closures, plus staff cuts, if plans by Hampshire County Council move forward. According to HCC’s Library Strategy to 2025, Hampshire Library Service needs to make a target saving £1.76m per year - 16% of its annual budget.

“Despite the government’s claims that austerity is over, this Conservative-led County Council is still raising taxes while continuing to cut services,” said Paula Ferguson, Liberal Democrat parliamentary candidate for Winchester and Chandler’s Ford. “After successive cutbacks to services like youth clubs and lunch clubs for the elderly, these proposed cuts to libraries are particularly short-sighted as libraries remain one of the few community spaces still open to everyone and free of charge. They provide children with resources to study after school; they offer a community hub for the elderly; and they provide public Internet access for everyone at a time when many vital services are moving online. Libraries are key to social inclusion and mobility.”

The proposed cuts, which are to be delivered through changes to operations, a review of assets and a drive for further efficiencies, are the equivalent of up to 50 full-time employees’ salary. A public consultation will be held later in 2019, with the plans to be rolled out from autumn 2020. At a recent Liberal Democrat street event outside Chandler’s Ford library, people were queuing up to sign a petition to protect the library from cuts.

“Despite the consultation phase, our understanding is that the cuts themselves won’t be subject to public approval,” commented Paula Ferguson. “Instead, the public “choice” will be in deciding where the axe should fall. If this means closures or reducing access to services this is no choice at all.”