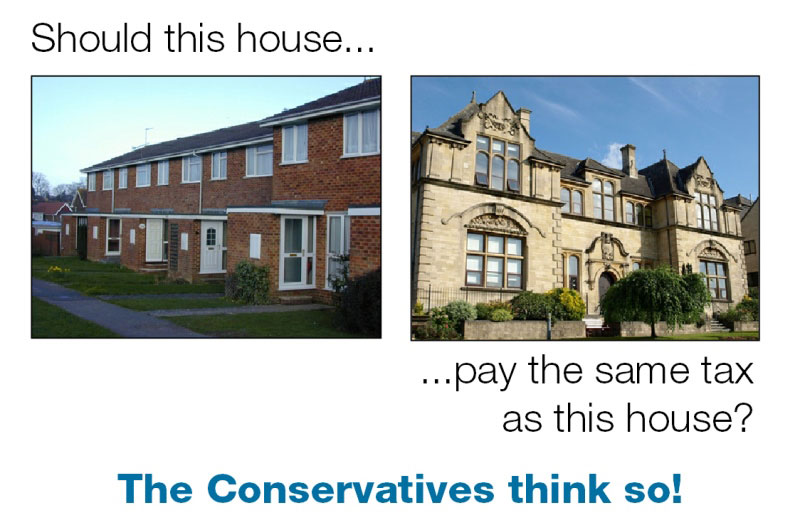 In 2009, Liberal Democrats came up with a policy to introduce a tax on houses worth more than £2 million.

A very wealthy person with a property worth £3m pays the same Council Tax as a family in a three-bedroom home worth one quarter of the price. Our Mansion Tax will ensure the rich pay their fair share and would be almost impossible to avoid – you can’t take your mansion offshore!

It would raise £1.7 billion. That’s enough to give everyone in the UK a £60 income tax cut.

Less than 0.5% of homes would be affected and pensioners living in homes over £2m would be able to delay paying the Mansion Tax until their property changed hands.

Under our policy, the threshold would start at £2m, and rise in line with the average increase in house prices. So a house worth £1.9m would never pay the tax if their property price increased at the average rate.

In Coalition, the Conservatives have blocked our Mansion Tax at every stage. Instead, they wanted to prioritise tax cuts for the richest.

Do you support our Mansion Tax?