Winchester is going to the People's March for Europe

We are joining the march campaigning for a People's Vote in London on the 23rd June - are you coming too? 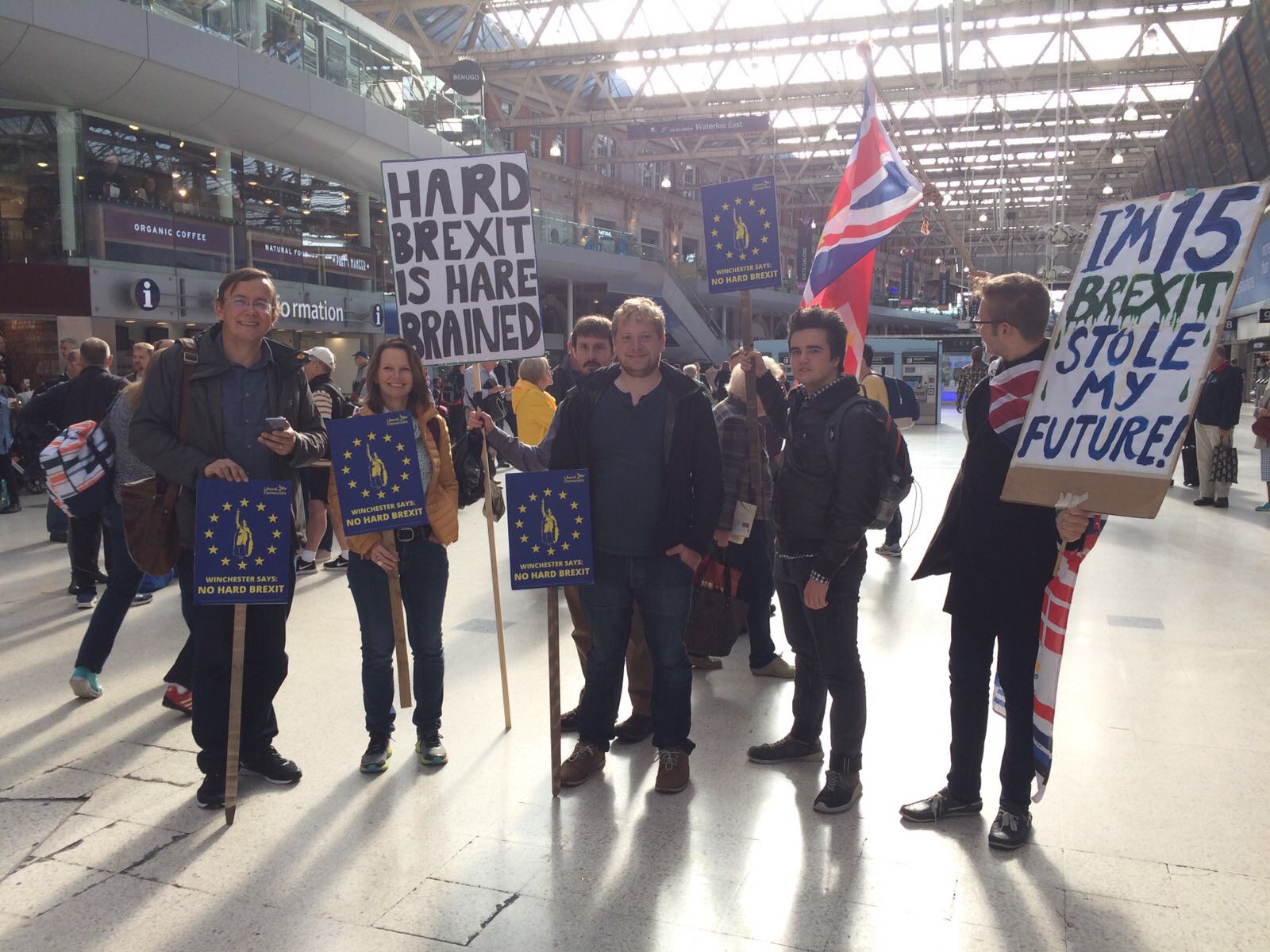 It's been two years  since the referendum, and there is still NO plan, NO agreement, and NO sight of the £350million promised for the NHS. Instead HMRC have told the country that even under 'max fac' customs arrangements, businesses will be hit with a £20bn year bill compared to the UK's £9bn contribution to EU in 2016. Is that what was promised? NO.

The Government has lost multiple votes in Parliament this month on a Brexit that is not fit for purpose - it's time to regain control and say enough is enough.

Thousands of people from across the UK will be marching in London to show their support for a People's Vote on Brexit. Winchester went to the march in 2016, and 2017, and will again this year. All are very welcome to join us - Brexit will be devastating regardless of affilliation.

RSVP to help #stopbrexit  and join us on the 23rd June.

(after the signup, please answer a couple of questions about transport).

You can book a ticket for the European Movement's coach here, or come and meet us on the train (time tbc).

'It is almost 2 years since they won their unexpected victory.

They have failed to deliver the utopia they promised to this county.