Rail Passengers Deserve Better than this!: Winchester Lib Dem prospective MP calls on the Government to fund the railways properly, to improve services and freeze fares. 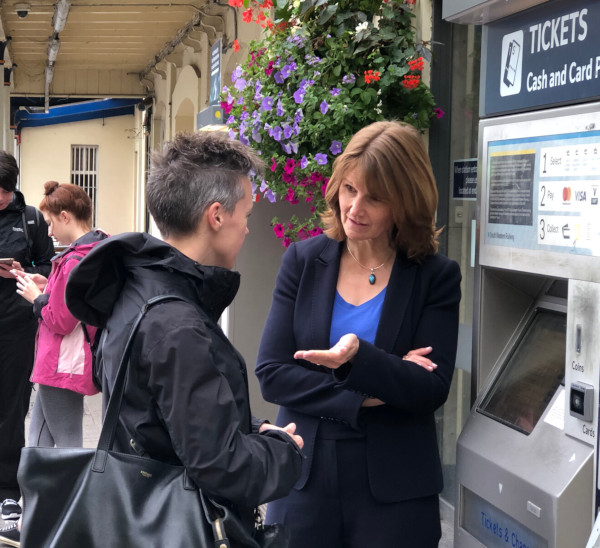 Responding to the reports that rail fares are set to rise by 2.8% in January, Liberal Democrat spokesperson for Winchester & Chandler’s Ford, Paula Ferguson is calling on the Government to fund the railways properly, improve the level of service and freeze fares.

Paula Ferguson comments
"It’s an insult to passengers to see yet another proposed rail fare rise. Tickets are already incredibly expensive, the trains are often delayed, they’re over-crowded and regularly cancelled. Talking to passengers, it’s clear they have little faith they’ll get a seat or the train will get in on time. Sarah Jones, who’s been commuting to London for years, told me, ‘the trains are so bad, that I’ve recently had to swap working in London to working in Reading. They’ve become so unreliable I just couldn’t be sure I’d get back in time to collect my children’.

Tickets from stations in and around Winchester are already too expensive for a lot of people. Fares going up by another 2.8% in January will make this worse. If we’re going to address the climate emergency, public transport must be affordable.

The Liberal Democrats have been calling for an immediate fare freeze funded by the Government who must take responsibility for our failing railways. The Liberal Democrats would invest in the railways to make them more efficient and more reliable. We’d overhaul the ticketing system, make it easier to get the cheapest fare, and introduce a fare freeze, so it’s easier to choose to use a sustainable transport option.”