STOP PRESS: Thank you! In response to our campaign and a Freedom of Information Request sent by James Batho on January 26, Hampshire County Council finally wrote to Winchester City Council on January 28, formally confirming that the County Council is no longer giving permission for their land to be part of Royaldown. James Batho will be asking Winchester City Council at their meeting on February 24 to confirm how the land will be withdrawn from the SHELAA. This is a huge step forward for the campaign. Please sign up below to be kept informed. 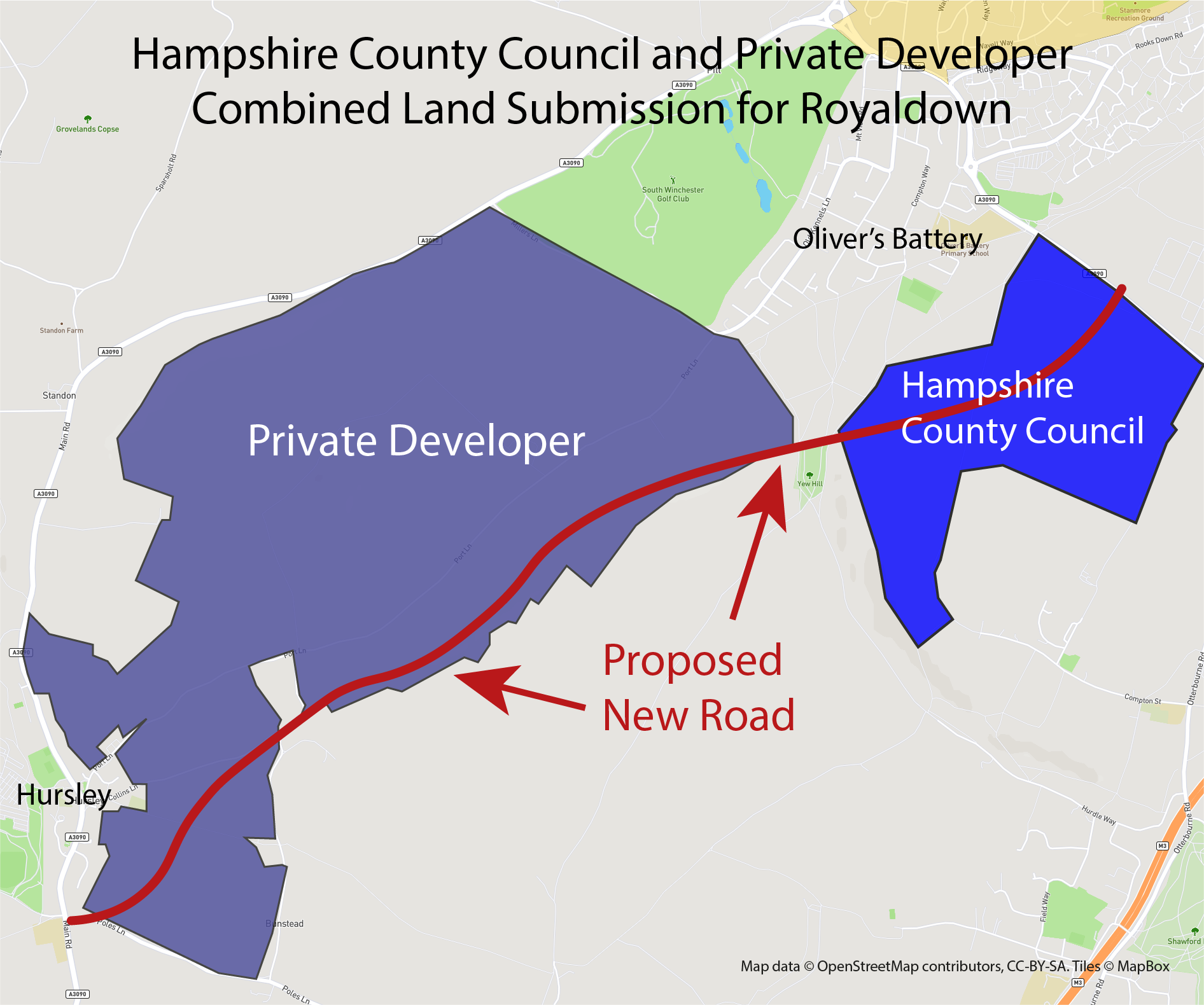 New research has found that Hampshire County Council owns a major part of the Royaldown development site and that the 2018, 2019 and 2020 SHELAA submissions that cover the development state that the developer does "have the consent by the landowners and have indicated that the site is immediately available for development".

In response to Lib Dem pressure, the Conservative cabinet member responsible for Commercial Strategy at Hampshire County Council has disputed the developer's statement, but has now admitted that:

The City Council wrote to the County Council on December 8 asking them to confirm their intentions and, until the Hampshire Chronicle reported on the Lib Dem campaign, had no response.

James Batho - who is leading the Lib Dem campaign to get the County Council to stop Royaldown has said:

The Conservative administration at Hampshire County Council could kill Royaldown permanently, totally and tomorrow – and I’ve written to the Conservative Leader to ask him to do this.