Winchester Lib Dem’s Spark team sat down with Paula to discover more about what makes her tick.

Q In 2016 you were a local campaigner, but not a political activist. Three years later you are the Liberal Democrat Parliamentary Candidate for Winchester and Chandler’s Ford. How did that happen?

I have always been very involved in the community, often working to protect the environment or with voluntary groups. The turning point was the EU referendum in 2016. I promised my children that I would do whatever it takes to stop Brexit. I joined the local Liberal Democrats and quickly became active in the local party. In 2017, I took 6 weeks off work to help run Jackie Porter’s General Election campaign. This May, I became a local Councillor. Many people were encouraging me to become a candidate but it was when Jackie Porter said I really should do it that I put myself up for selection to be the Prospective Parliamentary Candidate (PPC). 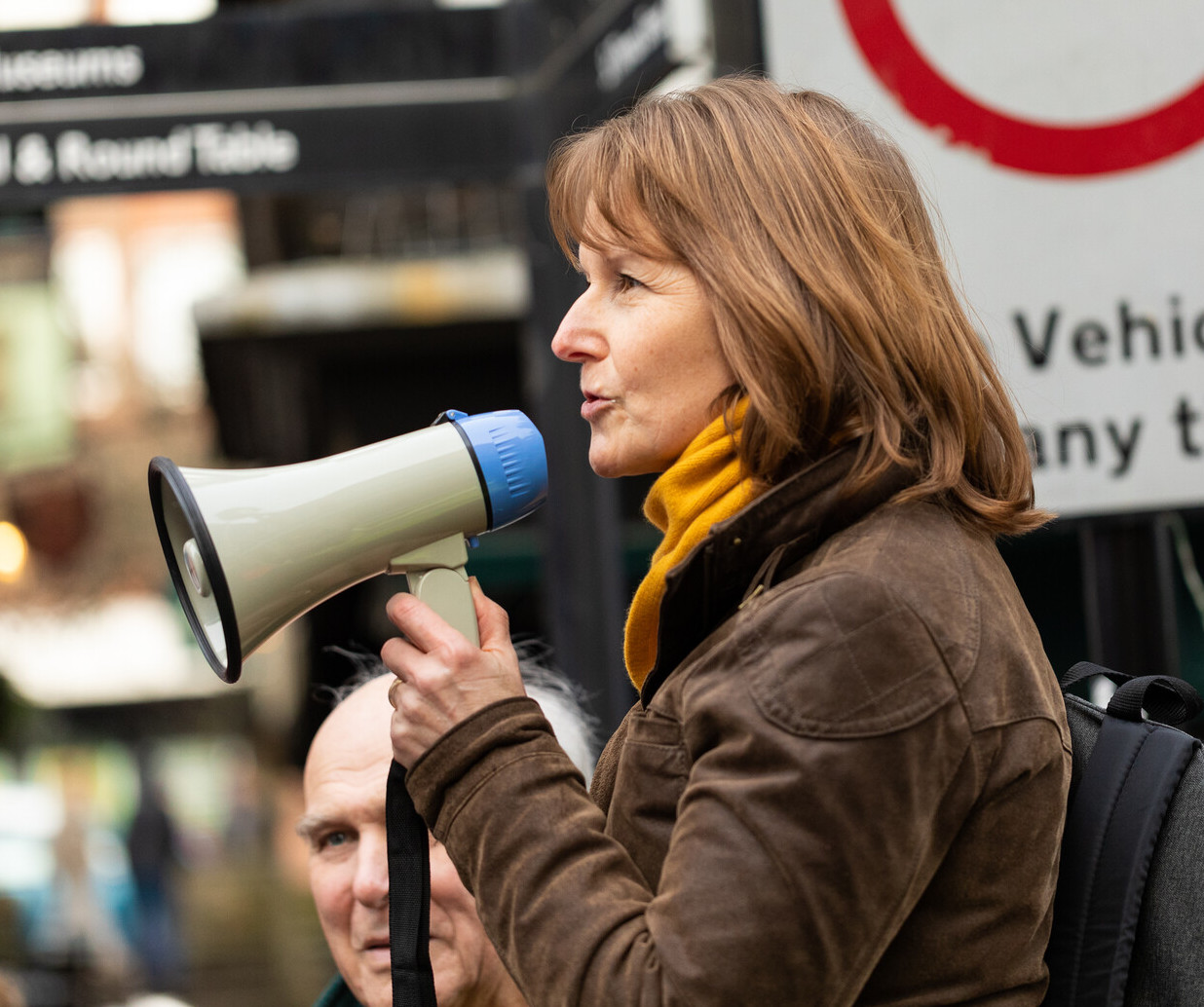 Q Why do you think you were chosen by so many members to be the PPC?

All I know is that I have no reason to do this, other than it matters. It matters because I want my children to grow up in the kind of country I grew up in, where there was an opportunity to get on, a more equal society, more caring, more open. Our country is being pulled to the far right at the moment. Labour wants to take us to the far left. But most people are in the middle: those people have been abandoned, forgotten. We should be an open, tolerant country, one that looks outwards. A country that can be confident of our place in Europe and in the world. That’s the kind of country I want to live in.

Q Inequality is something that motivates you - tell us something about your background.

I’m the youngest of three children. My dad was a merchant seaman, my mum was a print worker. There wasn’t very much money when I was growing up but I was taught that if I worked hard at school, I’d be able to get on in life. I was able to go to university thanks to a maintenance grant. That grant changed my life. I’m a long-term volunteer at a local food bank and we now have couples who are both working, but at the end of the month they don’t have enough money to feed their family. That is not the society I want to live in. Things have to change. 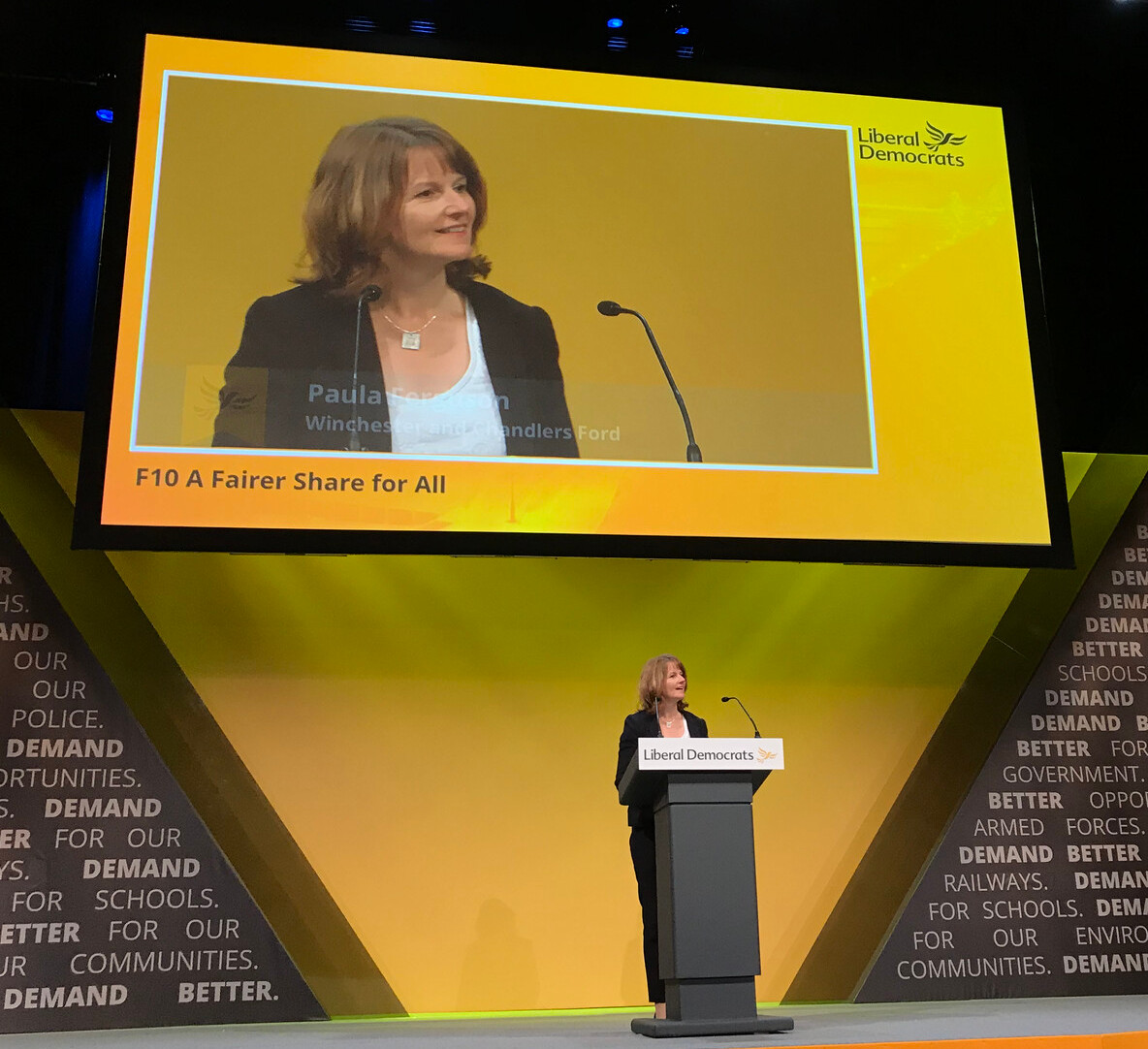 Q What are the main issues for Winchester and Chandler’s Ford?

Many people say to me that this area is really affluent. But I could take you to pockets of real deprivation, where people are finding it hard to find a job or to cope with physical or mental health issues. They’re struggling to get by. Climate change represents an existential threat to us all. We are very car-centric and need to make public transport more affordable and more available. One person told me that this year’s fare rises have made it impossible for them to get to work by train. In the rural areas, people are concerned by the lack of transport. If you live in some of our villages, there is no public transport after about 5pm - if you have a bus at all. There is also a lack of affordable housing. Winchester and Chandler’s Ford is a lovely area to live in, but house prices and rents are very high. There are people who want to be here and we need them, but they’re being priced out of the market. That’s not good for a city. That’s not good for a society.

Q Being new to political activism, one of the first charges that will be made against you is that you lack experience. How do you counter that?

Given the mess the country is in, I would argue that we need MPs with more experience of life. I have decades of that. After university, I went to Barclays in the City and from there into data consultancy where I was instrumental in creating a ground-breaking financial services industry database. After that, I moved to Price Waterhouse, where I helped financial institutions prepare for the future. However, after my children were born, working as I did across the UK and Europe was just not practical. I went on to study for a degree in Psychology, then a masters in Developmental and Educational Psychology. Now, I work with children with developmental difficulties, helping them to cope with school and their daily lives. Having gone from working in business to volunteering at a food bank, I believe that I have the breadth and the depth of experience to be a useful MP. And I believe my experience will equip me to be a strong and affective voice for everyone in the community. 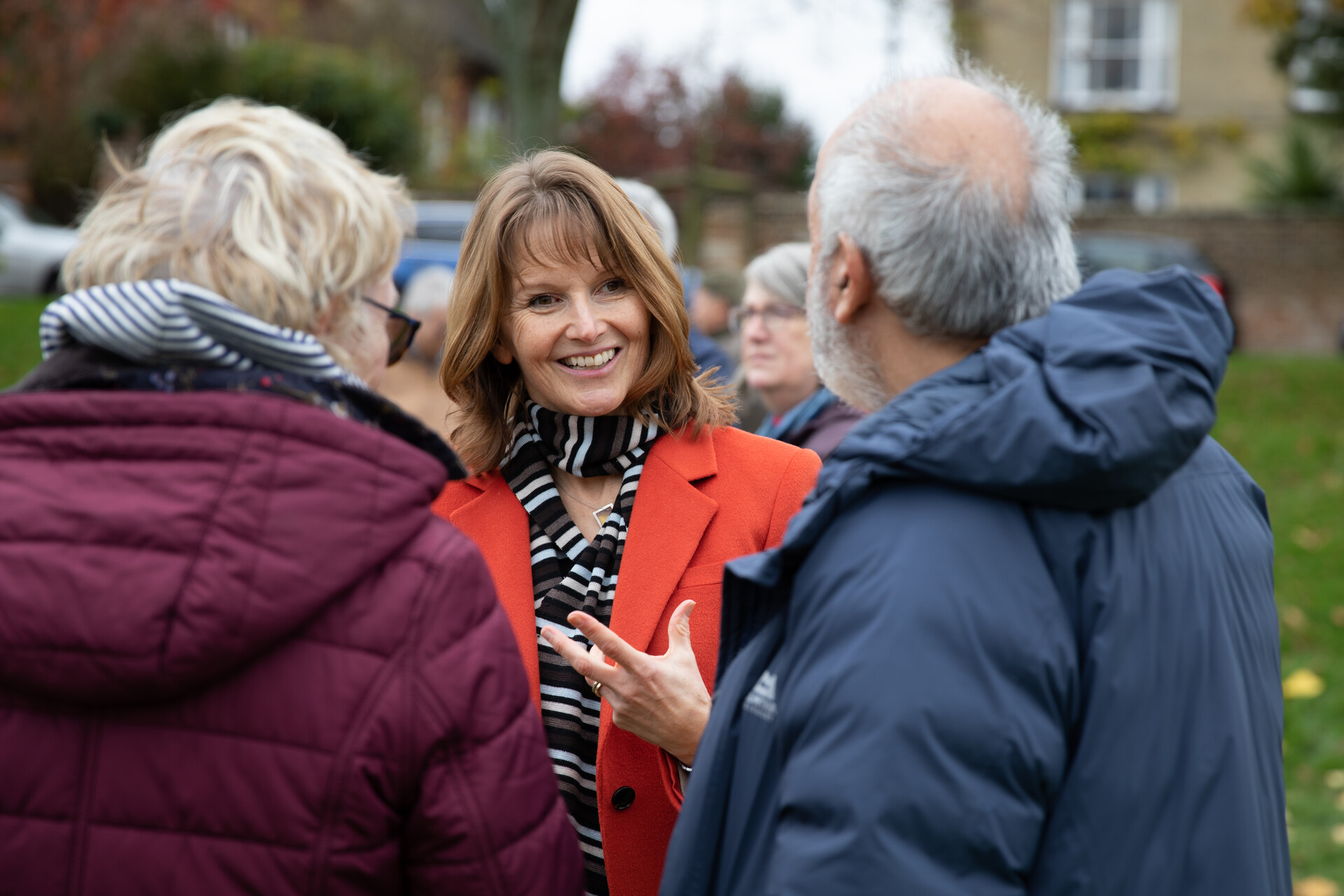 Q How are you going to change things?

We can change things by electing Liberal Democrats, allowing people to vote for a government that cares about everyone. Rather than offering tax cuts to the rich, we need a government which creates fairness and equality of opportunity for everyone; one that will invest in education, our health service and housing. We need to tackle the fact that our minimum wage doesn’t offer a living wage. The Liberal Democrats are the only party that is looking out for everyone. We need more Lib Dem MPs in Parliament. And we can start here in Winchester and Chandler’s Ford.

Q You would be the first female MP that this constituency has ever had. Does that carry any additional responsibility or burden?

In being a voice for local people in Parliament and representing the people of Winchester and Chandler’s Ford, there should be no difference whether I’m male or female. Nonetheless, the types of issues now being debated in Parliament have altered with the rise in the number of female MPs, in particular, in areas such as health and social injustice. I think it does carry some extra responsibility: to be a role model for future women MPs, for future women who take a very public role in society. But whatever you do, it shouldn’t matter what gender you are.