Sunday bus thanks to National Park 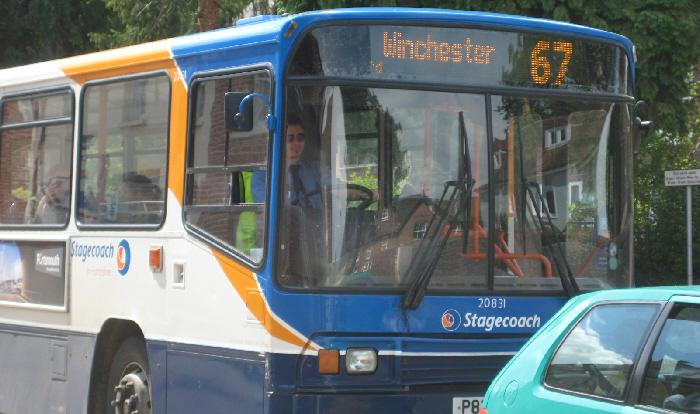 The spectacular route is the equivalent of the A272 as it winds its way from Winchester through to Alresford and over to Petersfield through some of the prettiest countryside.

I could see that it had enormous tourist potential and would be useful for locals too.

I am delighted to say that after many months of lobbying and persuasion, the 67 Sunday bus service has now started!

It was a delight to catch the bus back from Alresford on the first day of operation- and to meet a visitor to the area who wasn’t using his motor transport, instead preferring to travel by bus! We weren’t alone – the bus had four passengers- but I hope that publicity will increase its use, thus making it worthwhile again next Summer.

A resident has asked me about making it open top… that’s fine, but only the intrepid would sit upstairs as leaf laden tree branches threaten to decapitate them as they ride along!

I have been campaigning for better bus services for many years and will continue to do so.

You can find the number 67 bus timetable here.