What is the difference between tax avoidance and tax evasion?
Tax avoidance means using legal ways to reduce the amount tax individuals or companies have to pay. Sometimes this is justified – ISAs are a form of tax avoidance to help people save. But a lot of the time, the system is abused.

Tax evasion is when individuals or companies deliberately do not pay the taxes that they owe and it is illegal.

What are you doing to tackle tax avoidance and evasion?
We are putting £917 million into tackling tax dodging, including: 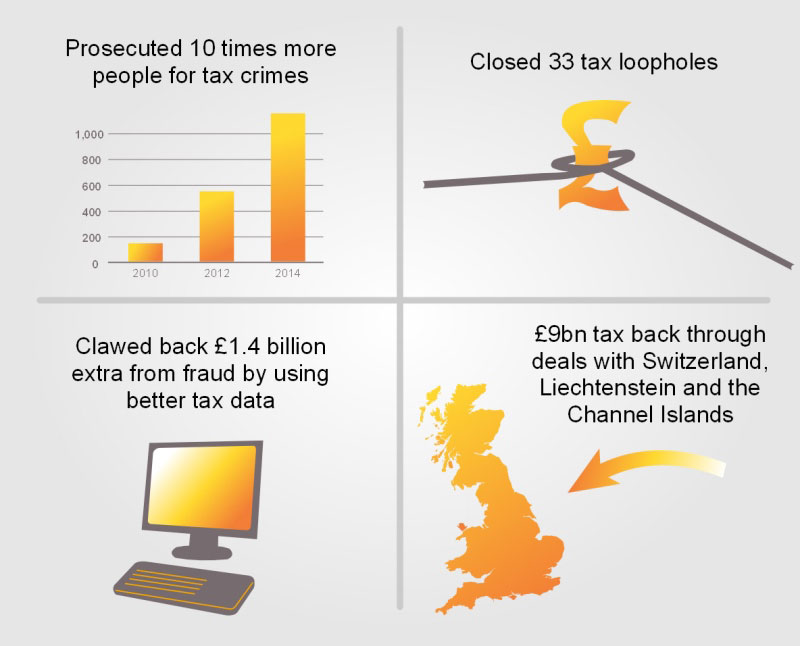 How much extra money will the government get from cracking down on tax dodging?
By 2015, we will be getting an extra £9 billion each year thanks to our efforts.

What success have you had so far?
Here are just a few of our achievements: