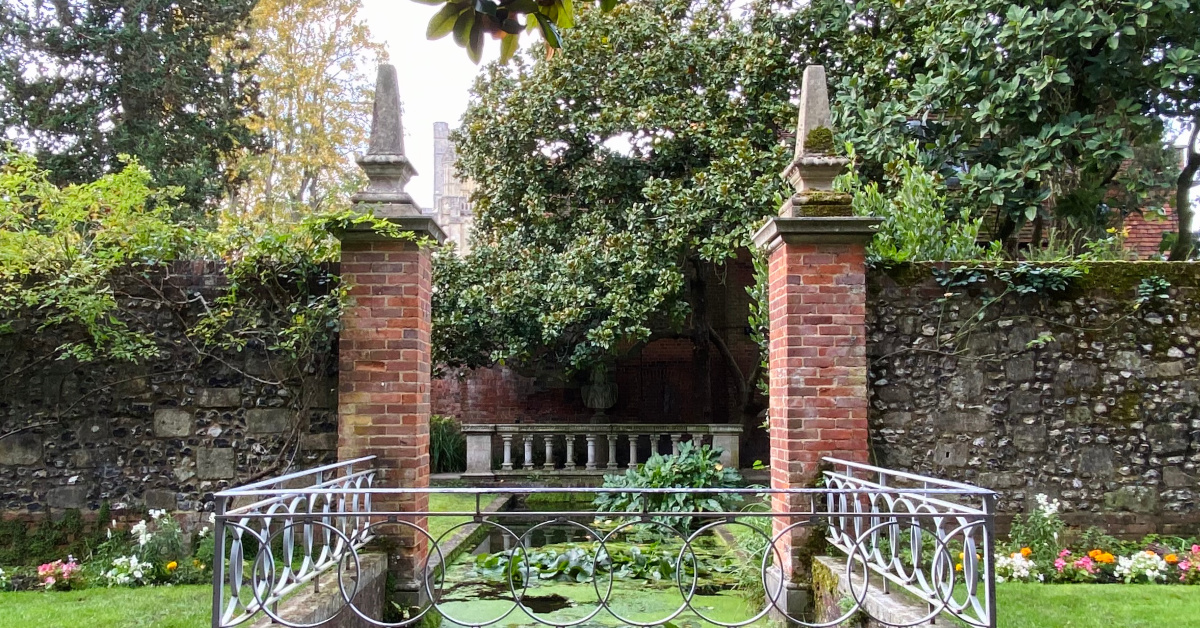 Winchester’s much-loved Water Garden, off Colebrook Street, has been saved from destruction – for now, at least – after more than 1,000 local residents objected to a proposal to build a house on the site.

City planners threw out the application, citing the strength of local opposition to the proposal. The City of Winchester Trust helped spearhead a popular, bipartisan response, along with resident associations and Facebook groups.

Local campaigner Charles Radcliffe was among the first to object to the proposed development and wrote to 400 residents alerting them to the planning application and encouraging them to submit objections of their own. Charles is calling on the council to better protect the garden from future insensitive development by designating it as an Asset of Community Value.