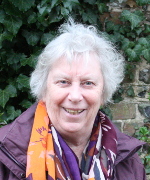 As a former City Councillor, Sheila had a strong record of achievement for residents. She fought for the best deal for her area, particularly with housing for local people, improved transport with support for community buses, and pressing for better footways in villages and better footpaths in the countryside. She wants action to defend the countryside against over-development and to stand up for local services and against the complacent Conservatives. She wants more money for rural services and action on fly tipping.

Sheila served Swanmore and Newtown as District Councillor for 11 years and as Leader of Winchester City Council for the last 4 of those years. Since leaving the Council she has given her time and energy to local charities – Home Start and Lions. She has seen at first hand the lack of social care integration for the elderly and the devastating effects of the cuts to Children’s Services brought about by the Conservatives. Families of the young and the elderly are increasingly reliant on the charity sector for help and support. Sheila thinks it is time for a change!