Lucille Thompson has been an active campaigner in Winchester for over 10 years - and is Leader of the Liberal Democrat group on Winchester City Council. She has a long record of hard work and delivery for the people of Winchester and St Paul ward.

Lucille played a leading role in successfully stopping the appalling Conservative plans to wreck the Station Area - forcing them to start again and listen to local people - including keeping the Registry Office.

Lucille has consistently campaigned for more action on road safety - including safer speeds on Chilbolton Avenue and new crossings on Romsey Road and Andover Road.

When South West Trains built a ludicrous zig-zag path to the station, the Conservatives did nothing. After Lucille and the Lib Dems’ campaign, the zig-zags were removed and two new paths put in place. 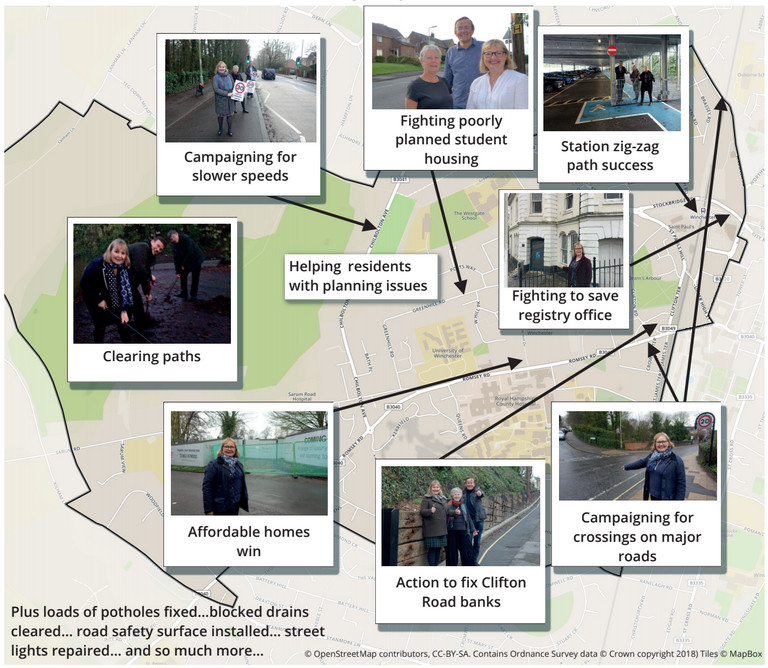